The cargo consisted of 1 boiler, with dimensions of 1214 x 303 x 347cm and weighed 86 tons, plus some small cases. The delivery timeframe was critical due to a very short shutdown window at the destination of only 4 days, where the old unit should be replaced by the new one.

After participating in the tendering process, AGL was awarded the handling of the total scope of the project ex FCA factory Berlin up to DAP jobsite Al Jubail. After all technical aspects – especially considering the aircraft move- were checked and approved by all parties, the transport was given the go ahead.

AGL’s project concept was carefully planned in cooperation with AGL’s partner Bohnet. The move was then executed by low bed truck from Berlin to Leipzig Airport. At the airport, the cargo was prepared for loading into an Antonov 124-100. AGL organized two mobile cranes that lifted and rotated the cargo till it was in position. The cargo which was welded onto a frame/platform that was specially designed for the ramp of the Antonov 124-100. The cargo was then placed onto the ramp and winched into the plane. This was all done by the motors of the Antonov.

AGL organized the full air chartering of the Antonov 124-100 to Dammam Airport. After arrival at Dammam Airport, AGLs local agent Logistic Plus took over and arranged the unloading and reloading onto a truck. as well as the trucking onto low bed trailers to the final destination Al Jubail.

The total loading procedure took approximately 6 hrs including the positioning of Antonov loading ramp and mobile cranes, and we are happy to report that the complete operation when smoothly without any issues. 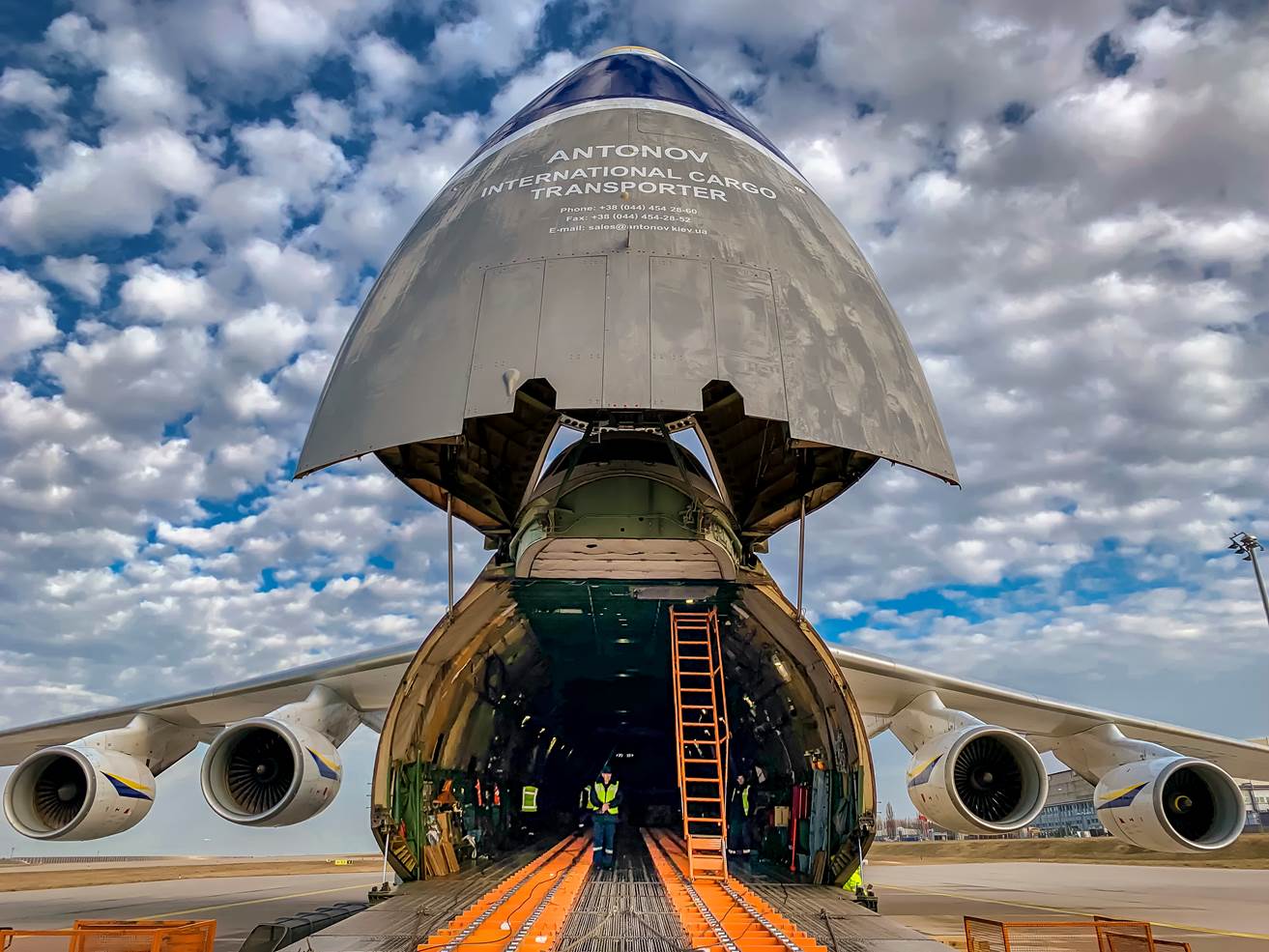