Two in one Shot

AGL Bremen successfully reports about two projects which have been mainly handled together in one shot. The company was awarded by one of their customers to move some project cargo to DAP Job Site Saudi Arabia via Damman Port.

At the same time we have been awarded for another shipment to CFR Shanghai as follows:

In order to save costs for the customer, AGL combined the Berlin part of each project and just had to organize one mobile crane as well as one barge to the Port of Loading in Hamburg. The loading of the barge as well as the complete further transport until the final place was under AGL’s scope. Both shipments have been executed without any issues and cargo arrived safely. Depending on requirements of each unit, they had to be moved as Break Bulk cargo. Especially for the trade Ulsan / Dammam, AGL figured out a special routing by RoRo services with transshipment. For the Reformer Boiler ex Ulsan, the PLA member WSC Korea was approached for local assistance in Korea. 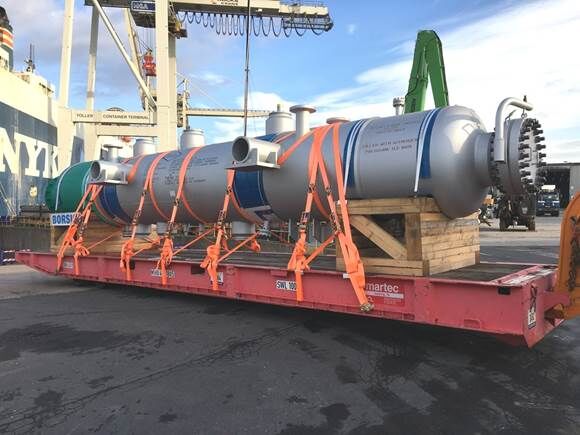